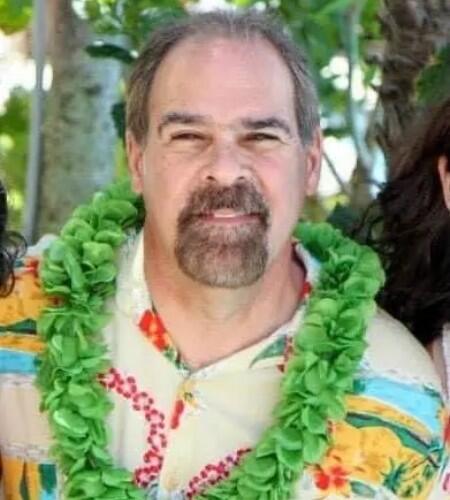 Magrino, Timothy (Tim). Passed away on June 10th, 2021. Beloved husband of 42 years of Brenda, father of Erin (Matt) Fifolt and Sara (Jonathan) Paquette, and grandfather of Dylan, Emilia, and Zofia. Preceded in death by his parents, Frank and Sophie Magrino, and brother, Jonathan Magrino. Tim is survived by his wife, daughters and sons-in-law, grandchildren, brothers Pete, Rob, and Chris Magrino, as well as numerous family and friends.

Born in the Bronx as the second of five boys, Tim always had a curious, engineering mind. From painting the family’s telephone like an American flag, to raising chickens in the backyard, to sitting at the table for hours refusing to eat broccoli, Tim was always up to some antic.

Tim met Brenda, the love of his life, as a high schooler working at the Jolly Roger drive-in.They were destined to be together and married in 1978, at the young ages of just 22 and 21. Tim doted on Brenda and always took care of her. Together for over 40 years, they built a wonderful life. From Belleville, Illinois to Bern, Switzerland, back to their roots in Ohio and many stops in between, wherever Tim’s career took him, he always had Brenda by his side.

Tim joined the Air Force in 1982, reaching the rank of Captain,  service of which he was so proud. While in the military, Tim was able to see the world. He enjoyed travel, and enjoyed being able to share the experience with his wife and daughters as well.

Tim, always eager to learn and expand his skill set, obtained his Masters of Systems Management from the university of Southern California in 1988, another proud achievement. A software engineer by trade, Tim worked for the same company for over 30 years, making many lifelong friends and memories.

Tim’s proudest achievement, however, was his family. Tim’s heart beat for his daughters. He lived to make them smile and was their biggest supporter, homework helper, handy man, general electrician, and more. If Erin or Sara called, he was there, no questions asked.

Tim extended the same compassion to the rest of his family and friends, always willing to lend a hand when needed. He had the biggest, kindest heart and truly enjoyed time spent just hanging out with those he cared for.

Tim’s light and love shone so bright and will be remembered by all who were blessed to know him. His passing has left a giant hole in the hearts of those who loved him most, but his legacy will live on in his wife, daughters, brothers, and beautiful, ever so curious, grandchildren.

In lieu of flowers, donations can be made in Tim’s name to the Leukemia and Lymphoma Society.

Map to the Garden of Last Supper