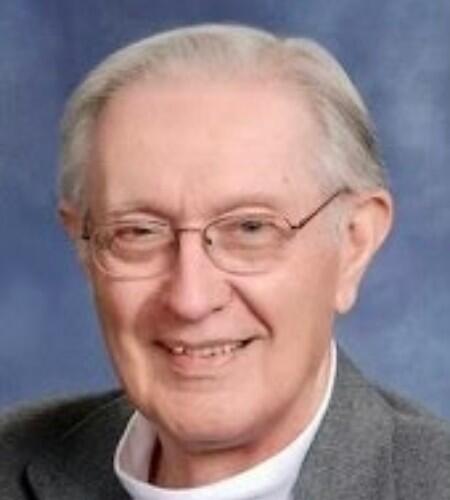 Sam E. Stone passed away on January 25, 2021 due to cardiac failure.  He was preceded in death by his loving wife of 57 years, Gwen Stone. Sam was a resident of The Christian Village at Mason (OH).

For decades Sam was a dynamic preacher of the gospel, holding ministries in Ohio and in Missouri. He served as the Academic Dean of the Cincinnati Christian Seminary prior to serving for 25 years as the Editor of CHRISTIAN STANDARD magazine.  Additionally, Sam was a past  President of the North American Christian Convention and was granted 2 Honorary Doctorate degrees.  As a Bible college professor, world missions advocate, author, and advocate for the developmentally disabled. His influence for the Kingdom is felt in all corners of the world.

His greatest desire in life was to serve the Lord and to be a godly example to his family.  He succeeded in both arenas. He was known to the evangelical world as a leader, but known by his family as a servant. Even while battling dementia these past four years his gentle spirit and his Christlike demeanor have been evident to all he encountered.

Sam was born in Clovis, New Mexico on October 12, 1936 and passed away on January 25, 2021 at the age of 84.  In light of the pandemic and current restrictions, the family will hold a private graveside service.  A Celebration of Life service will be held later in the Spring at Bright Christian Church in Bright, Indiana, where Sam was a member.

Memorial gifts in his honor may be directed to the building project at The Christian Village at Mason, which is currently under construction and bears his name—the Stone Worship Center https://christianvillages.org/stonecenter .