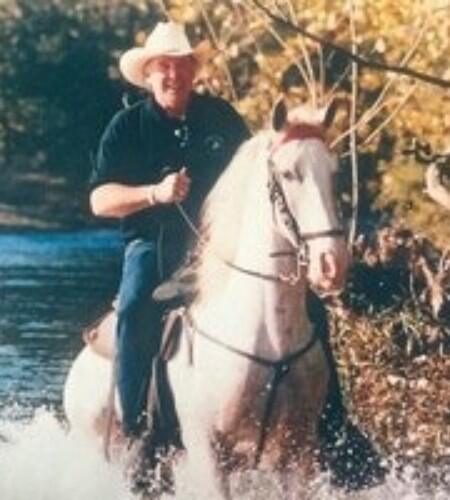 Robert “Bobby” Leon Salyers, age 77, of Brookville, Indiana passed away at Jewish Hospital Kenwood on July 28, 2022. He was born on August 13, 1944 in Cincinnati, Ohio the son of Johnson and Lucille (Johnson) Salyers. He attended Sycamore and Reading Schools and served in the U.S. Army. He was employed for many years as a Master Mechanic and heavy equipment operator. Bobby was a member of the International Union of Operating Engineers Local #18 and the Village and Farm Garden Club; was a licensed Auctioneer; and was a former member of the Warren County Saddle Club. He was an animal trainer and was known as the “horse whisperer.” He is survived by his wife Rhea (Beltzhoover) Salyers; three daughters, Regina Lynn Richmond, Robaline Brinkman, and Renee LeeAnne (David) Velie; his step-son, Justin Hughes; six grandchildren, Troy, Chad, Ryan, Phyllicia, Emily, and Eli; two great grandchildren, Kayden and Hazel; his brother-in-law, John Beltzhoover; niece and nephew, Jody Metz and John Beltzhoover; and many other precious nieces and nephews, loving relatives and friends. He was preceded in death by his parents; one grandson, Chad Richmond; five sisters and one brother.

Visitation will be held at Charles C. Young Funeral Home, 4032 Hamilton Cleves Road, Ross, Ohio on Tuesday, August 2, 2022 from 5 – 8 p.m. Funeral services will be held on Wednesday at 11:00 a.m. at the funeral home with burial following in Arlington Memorial Gardens in Mt. Healthy. If desired, memorials may be made to the Drewersburg Fire Department, 3072 Drewersburg Rd, West Harrison, IN 47060. Online condolences at www.charlesyoungfuneralhome.com.

Map to the Garden of Last Supper