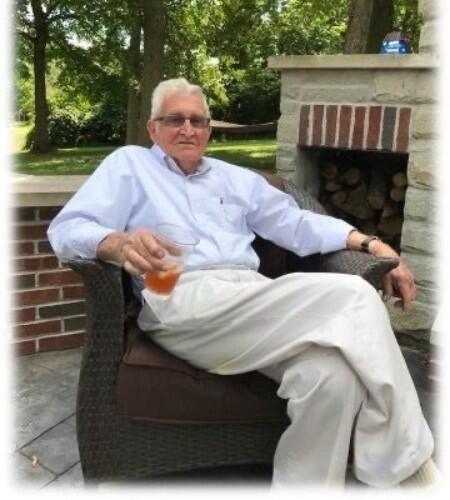 Julian “Wayne” Hampton, of Walton, KY passed away on Friday, March 27, 2020 at Elmcroft Senior Living in Florence, KY at the age of 83.

He was born in Hinton, KY on February 6, 1937; the son of the late James P. and Lottie (nee Marshall) Hampton. Wayne proudly served his country in the United States Army during peacetime, having been stationed in Korea. He was a faithful and devoted member of Carthage Christian Church of Cincinnati and then after relocating to the Walton area, he made Walton Christian Church his home. Wayne’s entire working career was spent with GE’s Jet Engine Division where he retired in 1994. His many hobbies included working in the yard and attending to his many gardens…. spring couldn’t come fast enough for him.  He was an avid fisherman who spent many hours enjoying his favorite pastime.  Wayne’s greatest joy came from spending time with his beloved family, especially his great- grandchildren who lovingly called him “Pop”.

The family is planning to have a public memorial to honor his life once the CDC and Commonwealth of Kentucky COVID-19 regulations subside. We appreciate everyone’s understanding during this time.