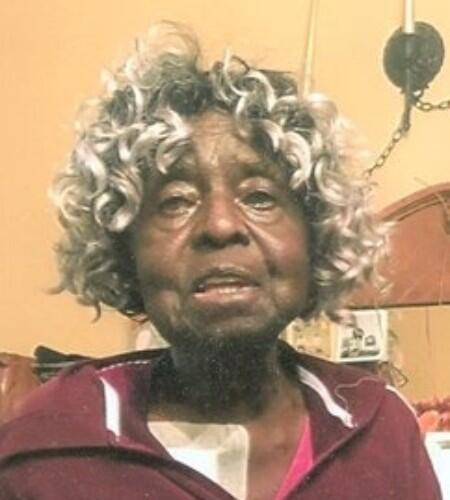 Florence Marian Williams (nee Bell) was born January 14, 1928, in Walnut Hills, Ohio to Helen Drake and Samuel Bell. During her early years, she was a sickly child. So at the recommendation of her doctor, the family moved to a healthier environment at the homestead on Deerfield Road in Blue Ash that still stands today.

She graduated from Sycamore High School in 1946 and enjoyed attending Sycamore and Hazelwood reunions. She married her high school sweetheart, Melvin Stanford Easley, who preceded her in death. Marian Louise (Alonzo) Merritt and Carolyn Beatrice (Kevin) Kelley were blessings of this union.

She was blessed with love for a second time when she married her proud Marine, James Roger Williams, Jr., who also preceded her in death. Together they had seven children, Helen Leigh, Harriet Jean (Michael) Jefferson, James Roger III, Michael Robert, Ray McKinley, Cathy Annette (Glenn) Davis, and Sherri Lynn (David Mays). She referred to her oldest grandson, Harold Rowland, as her 10th child. She accepted Christ as her Lord and Savior at an early age and demonstrated her love for the church by taking her small children, and those of friends and neighbors, to the First Pentecostal Church of Hazelwood.

She also loved community involvement, such as being a Girl Scout and Brownie Leader, and was proud to watch her troops grow into successful young women. Those enterprising women reached out in later years to honor her for her contribution to Scouting. As the President of the White Oak PTA, she led and organized fundraising dances, carnivals, and talent shows. She regularly conducted census taking activities for the school district, as well as working as an election volunteer for the Hamilton County Board of Elections. “Ding Dong” (her childhood nickname) was an avid softball player and played with many of her friends on the Hazelwood Women’s team. As her last child entered school, she began her career with Shillito’s. Through all the various name changes, she reached the magical retirement number of 27 1/2 years and retired from Macy’s. During her final years in retail, Florence began classes at the Larry Moore School of Cosmetology. This led her to owning and working in her own hair salon called Florence’s Beautique.

Florence’s most recent church home was with City Hill Community Church in West Chester. She never forgot her childhood church home, and as part of her annual birthday celebration she would send a donation to Abundant Life of Finneytown (formerly the First Pentecostal Church of Hazelwood). After Florence retired, she enjoyed participating in the Drake Hospital water aerobics program where she developed many new friendships. Florence’s cooking and baking talents were shared with many family, friends and neighbors. She taught her children to always set an extra plate for whoever may come to their door hungry.

Family and friends may gather for a visitation on Saturday, October 23, 2021 at Newcomer Funeral Home, Northwest Chapel, 7830 Hamilton Avenue, Mt. Healthy, from 9:30AM to 11:30AM. The funeral service will begin at 11:30AM at the funeral home. Graveside services will follow at Arlington Memorial Gardens on Compton Road.

Map to the Garden of Good Samaritan